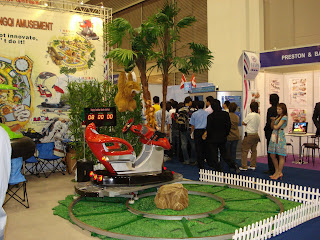 As an IAAPA staff member who is getting to know and understand this industry, it has been exciting and fascinating for me to watch the growth of Asian Attractions Expo.

According to the “Global Entertainment and Media Outlook: 2007-2011, Theme Parks and Amusement Parks” published by PriceWaterhouseCoopers, attendance at parks in Asia is growing at an annual rate of 3 percent, higher than any other market worldwide. This is an impressive statistic for a healthy and dynamic industry that is experiencing significant growth in markets such as waterparks and family entertainment centers, and explosive growth in Dubai and throughout the Middle East. With all of that movement, Asia is still the main market to watch!

Asian Attractions Expo, which will be held 16-18 July in Macau, S.A.R. is already—with just over eight weeks to go until show time—a record-breaking event and the credit has to go to our supplier partners and our exhibit sales team. You know them if you’re in the manufacturer and supplier community. They’re the ones that you hear from more than your own mother. 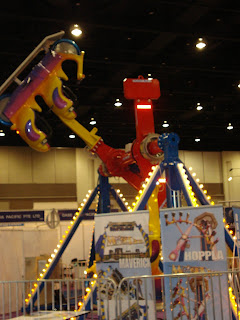 po is the best global representation of the attractions industry of any show that I know of or have attended. We have 30 percent of our exhibitors from the United States, 30 percent from Europe, and nearly 40 percent from Asia. It is truly a global marketplace.”

Asian Attractions Expo is growing, that’s for sure. There are already more than 140 exhibitors on the show floor, and nearly 3,000 square meters of space sold. Even at this early date, that tops a great show in Bangkok last year. But what Pete is referring to, beyond this overall growth, is a trend that we’ve been watching for this show. While participation from Asian vendors and suppliers remains strong and steady, more and more exhibitors are making the trip from the United States and Europe to make contact with buyers from the region. After all, Asia is now home to more than a third of the world’s top 25 attended theme parks and the show brings a diverse group of buyers from these parks, family entertainment centers, waterparks, themed entertainment facilities, fairs and carnivals, shopping malls, and investors and developers.

As a staff who loves this industry, we are excited by the number of rides and product displays that will be on the show floor this year, the chance to have a show at the amazing Venetian Macao-Resort-Hotel, and, most important, to be a part of the excitement of the attractions industry in Asia.
Posted by Julie Parsons at 9:53 AM