Get Involved with Give Kids The World’s Golf Tourney 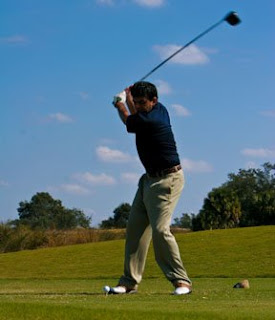 Plans are falling into place for the Sixth Annual IAAPA International Charity Golf Tournament to benefit Give Kids The World Village (GKTW) on Sunday, Nov. 16, prior to IAAPA Attractions Expo 2008.

Though registration doesn’t open for another couple weeks (we’ll let you know right here at “In the Queue” when it does), it’s not too early to get involved in another very important way: Sponsorships.

Ripley Entertainment has stepped forward as the Gold Sponsor for the fourth straight year, and the tournament committee is currently looking for additional Silver sponsors. There is already a waiting list for the popular single-hole sponsors, who have added a bit of levity in past tournaments by “dressing” up the greens while surprising golfers as they approach with gifts, food, drinks, and more. In addition, a new level of sponsorship has been added this year, “Patron,” which will carry a low fee of only $200. Those interested in becoming a sponsor should contact IAAPA’s Diane Williams at dwilliams@IAAPA.org.

The GKTW tournament is a fabulous event to be a part of at the Expo. Not only does it benefit a tremendous charity, but it provides a moment of respite prior to a hectic week at the trade show. Mystic Dunes Golf Course in Celebration, Florida, will once again host the tournament this year, and only 144 playing slots are available; last year's tournament sold out several weeks prior to the event! Worldwide industry leaders traditionally arrive early to network, and participants hail from North America, Asia, Europe, South America, Africa, and Australia.

The tournament includes a round of golf, golf shirt, golf hat, and other gifts, as well as breakfast, lunch, after-golf social, and prizes. Awards will be presented following the festivities.
Posted by Sarah Gmyr at 4:38 PM