As an admirer of Cirque du Soleil and a lover of all things Beatles, I had a blast interviewing Calum Pearson, senior director of technical and show support–Resident Shows Division for Cirque du Soleil, for August’s FUNWORLD. He’s been with Cirque since 2004 and currently oversees all technical elements of the company’s stage shows, ranging from Macau to Ontario to Nevada. Before settling in Las Vegas, Pearson built a hefty resume both onstage—as a guitarist 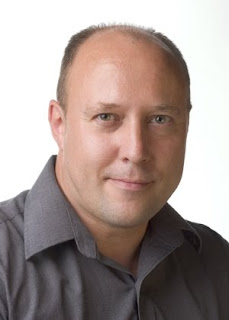 in the 1980s rock ‘n’ roll scene—and off—managing technology for legendary acts like Van Halen and Bon Jovi and later engineering and producing “Disney on Ice” productions.
Here’s my extended interview with the man who knows what goes on behind-the-scenes. If this sparks your interest, consider signing up for the behind-the-scenes tour of “The Beatles LOVE” at IAAPA Attractions Expo this November.

FUNWORLD: How do you describe “The Beatles LOVE” to people who've never seen a Cirque show?
Calum Pearson (left): It evokes emotions related to music guests grew up with; however, people will enjoy it even if they didn’t live through the Beatles era, but do appreciate good music. It’s an encompassing environment where you get immersed into the show and rekindle memories.
“LOVE” isn’t as acrobatic as some of our other shows, so there’s a lot more expressive dance mixed in. If a song doesn’t call for high energy tumblers, using a dancer makes more sense. You’re going to appreciate the subtleties of the visuals to support the lyrics but you’ll feel flattered that you didn’t have something pushed on you.
We never do the same thing twice—you’re going to have a certain level of quality, a level of creativity—and we provoke the senses.
Everything you watch, when you walk into one of our shows, as soon as you set foot past handing your ticket in, you’re in our environment. For instance, at the theaters in Vegas, we use tinted glass to reflect sound and keep out noise from the casinos, and we double AirLock doors so slivers of light can’t creep in.

How do you manage time and maintain efficiency in such intricate productions?
Cirque has a lot of people working across boundaries. With every bit of choreography happening onstage, there are three backstage movements that are just as choreographed.
What’s unique about our shows is that we give the directors carte blanche to create. Once we have the creative element, we start looking for efficiencies—but without changing the artistic vision. Time management must maintain artistic integrity, and a lot of that is achieved by the internal training we do.
Since all of our shows are contracted for 10 years, we don’t second-guess spending a lot of time and money on training. It’s worth it because it pays off in the end. From the point of creation, we’re looking at how we can maximize the time of the individuals.

What’s one lesson you’ve learned from working with Cirque du Soleil that translates to both small and large productions?
You really have to do your research on what’s been tried before so you don’t reinvent the wheel. A big part of our process is to document every single stage production, no matter how innocuous it may seem at the time. If you do a similar show four years from now, you need to know what you spent time and money on doing wrong.

What can IAAPA Attractions Expo attendees expect at the behind-the-scenes “LOVE” experience?
It’s more of a workshop where we show what we’ve changed through the years and bring everything from behind-the-scenes to the front. Our technicians will demonstrate some of the elements built specifically into the theater for “LOVE”—we’re going to air our dirty laundry a little. People will get a chance to see the nuts-and-bolts visuals of the show. Some of the artists will be there to talk about their roles and of course we’ll conduct a Q&A at the end.

With such a varied career, how have your different careers built on one another?
I wouldn’t replace a single second of the rock ‘n’ roll days—I was in my 20s and loving every minute of it. When I moved over to produce the “Disney on Ice” shows, I actually experienced the culture of each city because we stayed for a week or two. That period culminated in 16 years of touring around the world. When my first child was born, there was no better reason to stop touring and settle in Las Vegas. I got to open “Ka” at MGM Grand and two years later Cirque asked me to overlook all their shows. With Cirque, I get to do what I’ve been doing all my life for a company that is—without a doubt —the most existential in the world. There’s no limit to anything they do. Everything I’ve done in the past was leading me to what I do now.

SIX UNIQUE CIRQUE SHOWS IN VEGAS
The difference between the shows in Vegas and those in the rest of the world?: “Everything’s bigger here,” says Pearson. “Here in Vegas, we have soon to be seven shows. We keep challenging ourselves to come up with different products.”
“Mystére” – The show at Treasure Island is Cirque’s traditional big top show
“O” – The production at the Bellagio, incorporates a 1.5 million gallon tank of water
“Zumanity” – Smaller and more intimate, "Zumanity," playing at New York New York Hotel & Casino, shows a more sensual side of Cirque in adult cabaret fashion. “It utilizes the circus arts in a very provocative manner,” Pearson says.
“Ka” – The $200 million production, showing at the MGM Grand, is one of the largest on the planet. One of the seven stages weighs 300 tons and is mobile—a prop that almost steals the show. Pearson calls the experience like “walking into a vast arena; just a large spectacle.”
“LOVE” – Marking the 15th anniversary of Cirque in Vegas, “LOVE” debuted in 2006 and was born from a friendship and mutual admiration between late Beatles member George Harrison and Gilles Ste-Croix, vice president of creative for Cirque du Soleil. Harrison’s widow, Olivia, continued developing the show after the guitarist's death, and Paul McCartney and Ringo Starr were involved in production details. Featuring Beatles music remastered by the band’s original producer, George Martin, and his son Miles, Pearson calls the show “unbelievable with a feel-good factor. If you’re a fan of the Beatles’ music, it brings the characters you know to life. And if you know nothing about the Beatles, it’s a great high-energy show everyone can love.”
Posted by Marion Hixon at 3:51 PM