Sorry it's taken me a little longer than expected to start posting more stuff from last week's EAS 2008-Munich, but the past three days I've been consumed with getting the Nov/Dec issue of FUNWORLD to the printer. We just sent it off literally minutes ago, so now I can breathe a little easier and return to fond and fun memories from last week.

To start off, here are a few shots of the massive tents that line the midway at Oktoberfest. Hard as it might be to believe, these structures the size of warehouses actually are not permanent: 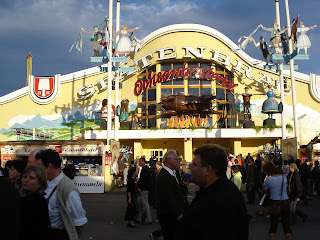 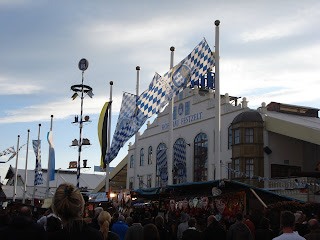 Here's a shot I'm particularly proud of. Several tents had towers out front as landmarks/identifiers. Ours is the one further away, with the stein on top: 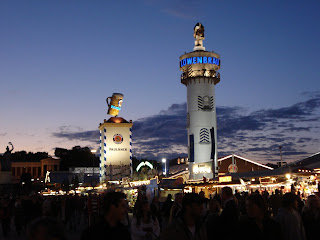 And here's a look inside the chaos that is a beer tent at Oktoberfest: 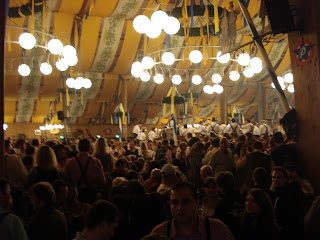 Up next is a bunch of shots from the HUGE Oktoberfest midway. I took a couple pictures of the Ferris wheel, plus a five-loop coaster and a cool dark ride/runaway mine train: 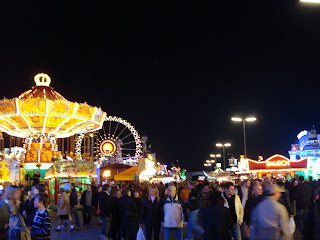 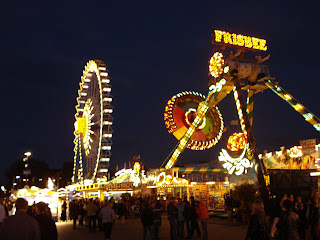 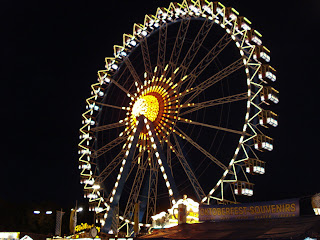 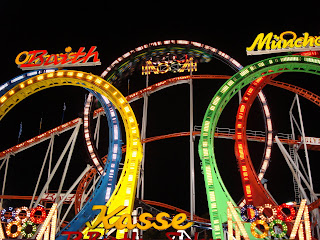 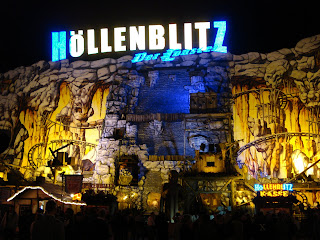 OK, the next two I mentioned last week—the odd gnome railroad and the kids' pony rides: 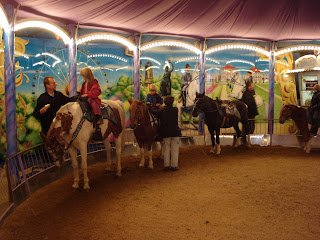 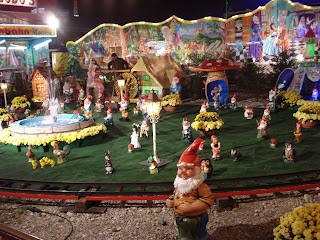 So there you go. If a picture is worth a thousand words, then even a thousand pictures wouldn't fully describe what it's like to be at Oktoberfest. Hopefully these at least gave you a better idea.
Posted by Jeremy Schoolfield at 4:16 PM