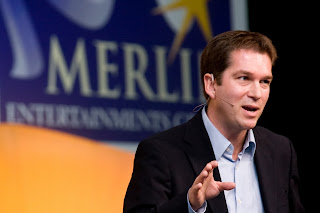 According to this story in The Ledger of Winter Haven, Florida (the local paper for Cypress Gardens), Merlin first made inquiries about the property in summer 2008, and officials on both sides of the deal agreed to meet in November of that year during IAAPA Attractions Expo 2008 in Orlando.

Merlin CEO Nick Varney was in town because he was a keynote speaker for the annual General Managers and Owners' Breakfast. So he took time out to visit the park during Expo week and, according to the Ledger, it was "love at first sight." A little more than a year later, the deal was done, and now an East Coast Legoland is on deck for next year.

It's pretty cool to know such a big project got started at our trade show. The Expo returns to Orlando in November, so it's also pretty cool to imagine what kinds of deals could be started this time around.
Posted by Jeremy Schoolfield at 1:21 PM