Is it February Yet? 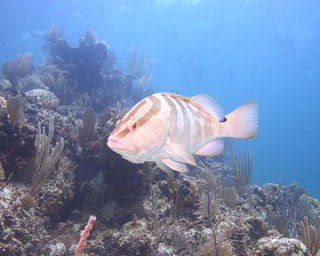 Last month I had the glorious opportunity to visit the Atlantis resort on Paradise Island, Bahamas, as part of a photo shoot for the October issue of FUNWORLD. Besides my responsibilities for the magazine, I saw it as a scouting mission for IAAPA Connections 2009, which will be held at Atlantis in February.

Connections, you say? What?? Let me explain …

For years IAAPA has hosted an annual Summer Meeting, a special event where industry leaders get together for networking and a generally fabulous, relaxing time. This year's Summer Meeting is Sept. 27-29, in Munich, Germany, and will mark the final installment of this event in its present iteration (I'll be there, so chat me up if you see me). The new Connections format will be different in that it will have more educational opportunities, with keynote addresses and such from some of the industry's top minds, focusing on pressing issues of the day.

But there's plenty of time to talk about the new program. What I'm telling you right now is Atlantis will be a great place to kick this new event off right. While I only had about 36 hours on property, I made a point to see as much of it as possible. As you can see from this map, there's a lot there to cover. The resort literally takes up an entire island, complete with its own over-water access bridge from Nassau. The entire facility—with its multiple hotel towers, pools, spa, casino, restaurants, shops, convention center, and more—felt like someone had scooped up a lavish Las Vegas property and dropped it into the Caribbean.

And speaking of the Caribbean, wow, the beaches and water are phenomenal. Soft, white sand leads into crystal-clear water that, in mid-July anyway, was pleasantly warm. Our FUNWORLD story will focus, in part, on Atlantis' Blue Project, which deals with coral reef conservation, among other environmental issues. As part of the resort's Blue Adventures program, I got to take a ride out to a nearby reef for some snorkeling (awesome!). One of our friendly guides told us this particular site (seen in the photo above, courtesy of photographer Tim Aylen), was used in the filming of the 1965 James Bond classic movie "Thunderball." How cool is that? Atlantis is no stranger to Hollywood, either; a glance at the resort's Wikipedia page shows it's played host to the sitcom "Friends" and most recent Bond flick "Casino Royale," among other productions.

So, yeah, Atlantis is a cool place. IAAPA has a lot of great events going on between now and Connections, but there's no way I could've contained my excitement until the new year. Hope to see you there …
Posted by Jeremy Schoolfield at 3:15 PM