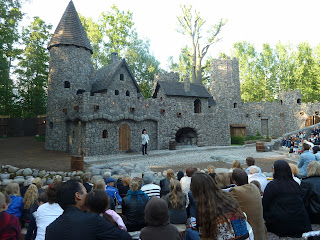 
Friday, June 17, saw the official opening of the new Matt’s Forest section of Astrid Lindgrens Värld in Vimmerby, Sweden. This new land is the biggest investment in the theme park’s history, according to Managing Director Mikael Ahlerup, and is home to an outdoor theater and a a 300-square-meter (3,229-square-foot) rock castle, which is home to the Ronja character from Astrid Lindgren’s last book.

The performers “live” in the castle and the adjacent forest during the day, and invite visitors to play and interact with them. Several times a day they play smaller chapters of the book in shows of around 10 minutes; the major show takes place late in the afternoon, when the story of Ronja is told in further detail, including the happy ending. 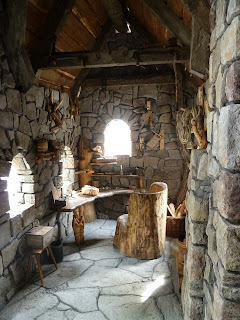 Meanwhile the rock castle serves several functions: a huge stage with impressive special effects; a “home” to the actors; an explorer playground for the kids on four different levels; and a cellar, where the park can host special VIP events. An extensive tunnel system under the scenery enables the actors to move, unseen by the visitors, from one part of the scene to another one. 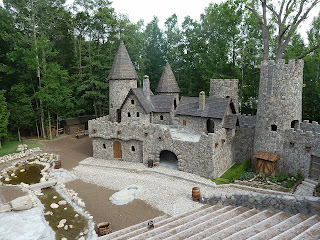 The creative team and the entertainment department of Astrid Lindgrens Värld brought the story to life in a way that visitors of all ages can spend time playing on their own, interacting with the actors, and enjoying the shows. 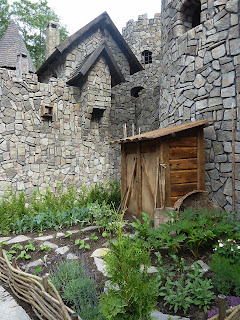 Posted by Jeremy Schoolfield at 3:17 PM