On Duty: What the CEO of Herschend Learned from Going “Undercover”

A clean-shaven executive by day, Joel Manby, president and CEO of Herschend Family Entertainment (HFE), recently donned an experimental scruffy beard and horn-rimmed glasses for an episode of CBS’ “Undercover Boss” (see his before and after photos below). The reality show places company executives in frontline positions alongside unsuspecting employees and lets the cameras roll. 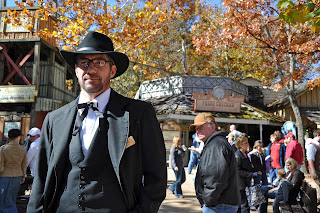 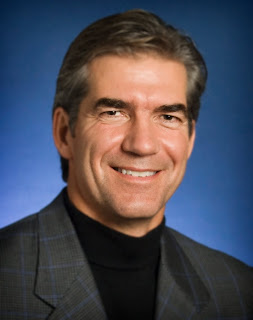 Manby, whose episode airs this Sunday, March 28, at 9 p.m. Eastern/8 p.m. Central, took on jobs at Silver Dollar City and Showboat Branson Belle in Branson, Missouri, Adventure Aquarium in Camden, New Jersey, and Ride The Ducks at Stone Mountain Park in Atlanta, Georgia. I had the chance to talk with Manby about his experience.

What background did you have with the job positions you portrayed on the show? Manby: I did not have any experience because I came to work from Herschend directly from the automotive business. So I took the opportunity because I hadn’t worked the frontline jobs before and wanted to see what it was like.
Certainly the jobs were hard—you’re dressed with heavy clothing and standing in the sun as a Showboat operator … and you’re getting up at 3:30 a.m. to wash the streets of Silver Dollar City. But it was the level of connection I had with the employees and their stories that surprised me the most and made it a really compelling experience.

What did you learn from the experience about your employees or facilities?
While I certainly learned of things we could tweak at all the properties, what I was most unaware of going into it were the employee’s personal stories.

One of the people I met along the way was Richard, a maintenance worker at Silver Dollar City. I was washing streets with him and found out he had experienced a catastrophic event in his life and was going through financial troubles but hadn’t told anyone.

Then at Adventure Aquarium, I worked with a fantastic young lady named Mercedes who has an amazing story. She and her son Carl were homeless and living in a temporary shelter. She looked for a job for nine months before the Adventure Aquarium hired her. Since then, she’s done a great job and has been promoted a few times. During the show, I also met Jennifer, another single mother and a server on the Showboat. Through these women, I learned the tremendous needs of single parents in our company.

Signing on for this was potentially a risky decision—going into an uncontrolled environment and not knowing what you were going to find out.
Exactly! You’re completely unable to control the outcome. The show chooses where you’re working and who you’re working with, and they edit it in any way they want. You sign off on it from the very beginning. But I had such a belief in our folks, that I was comfortable doing it.
We did not do it for PR reasons. Our brands are all regional, and while there may be a marginal affect from the publicity, I don’t think the show will grow our national audience much. As far as the quality of our employees, I knew what I would find when I went out there, so I knew I could take the risk. One of our big missions is to create a culture of “servant leadership,” and I wanted to see if that was alive and well at the front lines like we say it is.

This experience was also about reinforcing to our hosts that they work for a great family and a good company that cares about them. The Herschend family has always run this organization well, and there’s a real balance between the guest experience and how we treat our employees. 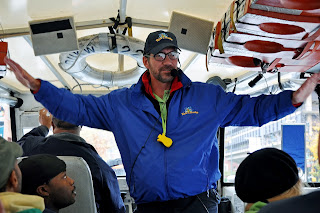 What did you learn about being attuned to the needs of employees?
As a company, I learned there are programs HFE has available to people that they weren’t taking advantage of. There were some things we should be providing them that we were not.

I also realized that I personally withdrew a bit during the recession. We were making so many difficult decisions that no one enjoys making—like pay cuts—and I care so much about our folks. I withdrew into my office too much when making those difficult decisions.

The show forced me back out to the front lines and totally re-energized me to be the cheerleader for our workers. During this recession, there’s so much pain out there; it’s all of our responsibilities to get involved.

As far as internal operations go, the show reaffirmed what we all know—that leadership needs to always over-communicate. Any leader who wants to do a good job, needs to make sure everyone understands where the company’s headed—have a clear vision you believe in and constantly communicate it to your staff so they understand where you’re trying to take the company. Show them a realistic plan to get there; hire and surround yourself with great people who can execute that plan; and then let them go and do a great job. They’ll do anything for the company as long as they know where it’s headed and that they’ll contribute to its success.

Would you recommend the same opportunity to other park leaders?
If anyone gets a chance to work the frontline jobs without the employees knowing you’re the CEO, it’s a great gift. You can certainly still learn as much about the guest experience without being incognito, but going undercover gives you some anonymity. When you’re in a higher position of leadership, you’re treated differently whether you want to be or not. In this case, I was just another person to them—I got some of the good, the bad, and the ugly.
Don’t do it if you’re just looking for the publicity. But if you want the truth and to learn about your company and yourself, and you’re willing to take some risk—do it.

Watch a preview of Sunday's episode here. And check back on the IAAPA blog on Monday to hear how the show had a lasting effect on HFE and its employees.
All photos courtesy of Herschend Family Entertainment.
Posted by Marion Hixon at 1:49 PM