IAAPA is once again gearing up for its conference and expo in Asia, this year at the COEX Convention and Exhibition Centre in intriguing and influential . 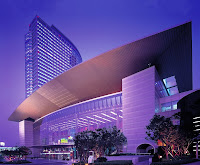 First things first, you may have some questions about your travel plans. Do I need a visa? What is the currency exchange rate? And so on. Check out our Seoul FAQ for the answers to your travel questions.

Now, on to the good stuff! With a population of more than 10 million, the capital of is one of the world’s largest cities and has so much to offer as the country’s economic, political, and cultural center. The city is located on the basin of the in the northwestern part of the country and lies about 50 km south of the North Korean border.

Without a doubt, Asian Attractions Expo 2009 and the nearly 150 exhibitors and full schedule of education programs that make up the conference and expo are the premier sight to see in during June! But, before and after the show, there is a lot to do in this vibrant metropolitan city. What else should make your itinerary?

According to PriceWaterhouseCoopers and TEA/ERA, two of the 10 most popular amusement parks in Asia and three of the world’s top 20 waterparks are in . Make sure to visit some of these leading parks and attractions: 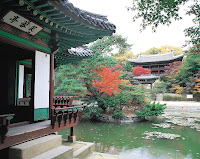 Don’t miss the chance to treat yourself to some of the most flavorful and intoxicating foods the world has to offer. From traditional kimchi (spicy, fermented vegetables), bulgogi (marinated beef) and galbi (beef or pork short ribs), to more adventurous dishes, you won’t want to miss the dining pleasures of .