May FUNWORLD on Its Way 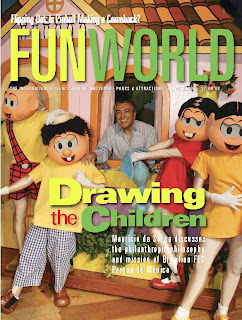 The May issue of FUNWORLD should be in the mail and landing on your proverbial doorstep any time now.
The focus of this issue is games and entertainment, and I have a story about the current state of pinball. This was a fascinating piece to report on and write; when I started it, we just thought it would be a nice little story on a longstanding game. What I found out, though, is that pinball is experiencing a bit of a resurgence right now, capped off by a big tournament last month in Las Vegas hosted by the International Flipper Pinball Association and the Pinball Hall of Fame. I spoke to a bunch of pinball experts, so check out the article to read what they have to say on the current state of pinball.

Also in this issue:
• Brazilian cartoonist Mauricio de Sousa explains how his characters led to the creation of his own FEC in our cover story from South America.
• Industry experts in stagecraft weigh in on the latest in makeup and costume design.
• A review of the hottest new games from last month's ASI show.

Thanks for reading!
Posted by Jeremy Schoolfield at 3:35 PM

I'll watch my proverbial doorstep for my copy.