FUNWORLD Follow-Up: A Photo Tour of The Wizarding World of Harry Potter

You'd think an eight-page cover story in FUNWORLD's August issue would've been more than enough room for me to cover everything about The Wizarding World of Harry Potter at Universal's Islands of Adventure. But … no!

Here are some photos from our cover shoot that unfortunately didn't make the magazine. They're so good, though, I didn't want them to go unseen—that castle just loves the camera!

All of these photos were taken by our regular Orlando-area collaborator, Brian Pepper of Digital Imaging Direct. And a big thank you to the Universal PR team for allowing us to come in and cover their sparkling new land.

These winged boars stand watch over the entrance to the castle/queue.

This is the shot we used for our cover, taken from the outdoor portion of the "Dragon Challenge" queue (formerly "Dueling Dragons"). That's "Flight of the Hippogriff" whizzing by on the right (formerly "The Flying Unicorn". The line for "Forbidden Journey" got much, much longer. And if you look closely, just to the right of the boars is the test seat for "Forbidden Journey" (the first of two—there's another right before the boarding platform).

The attention to detail on Hogwarts Castle is amazing.

Here's a great look at the snowy rooftops of Hogsmeade (100-degree heat or not!), the village nestled at the foot of Hogwarts Castle that serves as the "midway" for the Wizarding World. The large building on the right is the Owlery, the wizards' version of a post office. An owl pops out of the clock tower every 15 minutes, and if you walk underneath you can see animatronic owls up in the rafters. It's also one of the best places in the land to grab a shady seat and watch the wizardly world go by.

The Hog's Head pub is one of a few spots in Wizarding World where you can purchase Butterbeer (a must for any trip!).

Butterbeer, you say? This cart out in the thoroughfare is wildly popular, too. 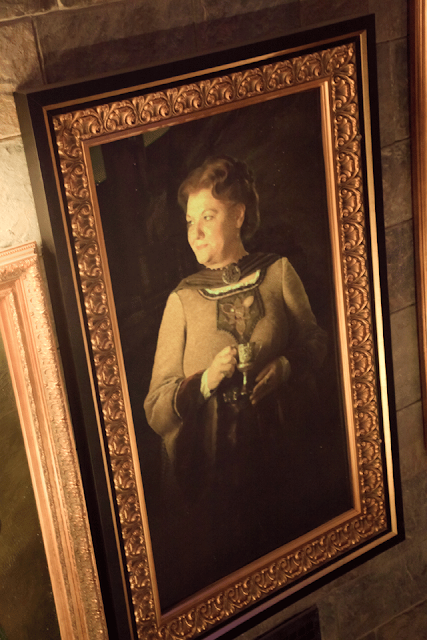 This is one of the "living portraits" in the "Forbidden Journey" queue inside Hogwarts. It's textured to look like a real painting, but the figure moves and talks like you'd expect from a video screen. 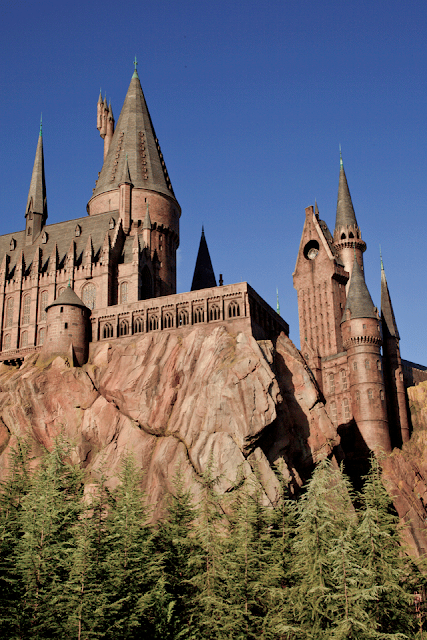 And as a farewell, here's a look at Hogwarts from yet another angle. This shot is from the wooden bridge that goes over the park's lagoon and connects The Lost Continent with Jurassic Park.


The Wizarding World of Harry Potter will be a featured topic at IAAPA Attractions Expo 2010. We're hosting a party in the land on Thursday of the show, while Tom Williams, chairman and CEO of Universal Parks and Resorts, will discuss Wizarding World during his keynote speech at the annual General Managers and Owners' Breakfast. Click here for more info on both.
Posted by Jeremy Schoolfield at 4:30 PM